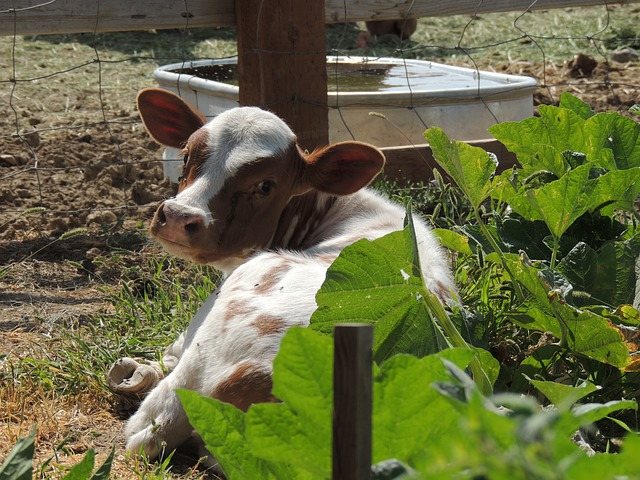 Starting December 1st, Tim's Pumpkin Patch in Marietta began the process of hauling the remaining pumpkins from its 65-acre patch to nearby Maple Lane Farms Dairy for more than 1,000 dairy cows to consume.

"We put the leftover pumpkins in silage trucks and bring them up to our bunk silo," said Erica Leubner, who co-owns Tim's Pumpkin Patch with her husband, Tim, and their three daughters. "They get scooped up with the payloader and put into the mixer-wagon with the rest of their mixed feed."

In addition to owning and operating Tim's Pumpkin Patch, Tim runs Maple Lane Farms Dairy with his brother and sister.

"Most people do not realize that dairy farming is our main profession and that the pumpkin business was a side business that grew," said Erica. "Everyone asks, 'What do you do with all of the pumpkins that do not sell?' This is my perfect opportunity to tell them about our dairy farm and how we feed pumpkins to our cows."

Believe it or not, cows and pumpkins are a perfect pairing on multiple levels. First, because cows have four stomachs, it gives them the ability to digest foods – like leftover pumpkins – that humans cannot, ensuring that an entire patch of pumpkins won't go to waste at the end of the season. It's one of the many reasons cows are considered the "ultimate recyclers."

In turn, the pumpkins provide many benefits to the cows and dairy farmers. Pumpkins are included in the cows' feed, which also consists of corn silage, haylage and various grains – giving them a seasonal blend. The pumpkins serve as a good supplemental protein and energy source. Because of those nutritional benefits, the addition of pumpkins also helps to increase the cows' milk production.

"One day Tim decided that he was going to start feeding pumpkins to the cows, and they devoured them," said Erica. "The cows notice the difference in taste of the freshly chopped pumpkin. They crave it, they eat more of it."

If you thought pumpkin was a year-round additive to the cows' feed, it isn't. Just like it is for the millions of Americans who have a short window to consume pumpkin spice everything, the cows' pumpkin spice feed is also only available for a limited time.